Skip to content
The  messages below were sent to the protests organized by
Rise Up 4 Abortion Rights on International Women’s Day, 2022.

Because the desire to control wombs and birth-giving is the very definition of patriarchy, power over women’s bodies has always come first. The morning after Hitler was elected, for instance, his very first act was to padlock the family planning clinics, and declare abortion to be a crime against the state.

The freedom to have or not to have children is a freedom at least as fundamental as freedom of speech, yet because its absence takes freedom away from women first, it may not be seen as fundamental to everyone, male and female.

I thank everyone who has gathered here today and speaking up for this fundamental freedom. There is nothing more basic or important for all of life on this fragile Spaceship Earth. I am with you, and I also thank my friend, Lori, for bringing you these words.

with love and sisterhood,

Today, March 8, is International Women’s Day. It’s time to express our appreciation to those American females who chose to have an abortion in the years since 1973 when Roe v. Wade decriminalized early abortion. Whenever one decided that the carrying of a particular pregnancy would be unwise or even catastrophic for her or her loved ones, she took prompt action to seek out an abortion. We take this moment to thank each of these females for her socially responsible behavior.  No one should be ashamed of having had an abortion: in fact, she has a right to be proud.

Outlawing or restricting abortion access will be catastrophic. It will not only get in the way of females managing our lives, but it will tear at the social fabric of our nation. We must fight to prevent this disaster.

Time is short. We must get out into the streets to protest and organize a concerted movement to show the world that we will not accept a society where a person has to sneak around to control her body and undergo tremendous hardship and danger to do what she needs to do.

This mass movement can make a difference. We can and will insist upon the control of our fertility, by whatever means necessary.

For fifty years, women’s clinics have provided safe, legal abortions. The knowledge of how to do abortions is widespread amongst the community and will not be suppressed. Also, over the last fifty years, females, as private individuals, have learned about our bodies in order to use and share safe methods of contraception. Thus, we use and share methods to safely bring on a late period when necessary.

As we rise to directly prevent this forceful violation of female rights of privacy, we will mobilize our forces to overthrow the governmental forces that disregard one-half of the population.

Carol Downer is a reproductive rights activist, co-founder of Feminist Women’s Health Centers, Editor: A New View of a Woman’s Body, Vice-President of Board of Women’s Health Specialists, Redding and Chico, California

My name is Robert Jones, Jr. author of the novel The Prophets and creator and curator of the social justice, social media community Son of Baldwin.

I am writing today to say unequivocally, unabashedly: reproductive freedom is the prerequisite for any nation that would dare call itself civilized. The notion that the state has the right to prevent anyone with a womb from exercising control over their own reproductive choices is not merely sexist and misogynistic, but it also evinces a profound hypocrisy—since the state is pretending to be concerned with zygotes, embryos, and fetuses; but clearly does not give a shit about actual children or the people who carried them.

The proof is in the horrific healthcare system, crumbling public schools, unaffordable housing, the corporate and government poisoning of the environment, inaccessibility to healthy food sources, and so on.

People with wombs have the existential right to not be tools of the state, animate incubators, conveyor belts whose sole purpose is to churn out a steady supply of laborers and soldiers for an allegedly “pro-life” country dead set on bombing Black and Brown nations (and killing Black and Brown children) all over the world and stealing their resources in the name of “democracy.”

People with wombs should be protected from the state’s attempt to buttress white supremacist capitalist patriarchy by maintaining a majority through the cruelty of forcing pregnant people to give birth irrespective of their own wishes.

This is the definition of unjust. The character of a nation is defined by how its marginalized population is treated. If that is the case, then any effort to interfere with a person’s reproductive liberty is tyranny.

The nerve of governments to stand idly by (which means, in effect, stand in solidarity with) as people refuse to take basic measures to prevent the spread of COVID, a disease that has killed nearly a million people in this country alone, while, at the same time, demand that pregnant people making deeply personal decisions that do not put others at risk submit to state will. 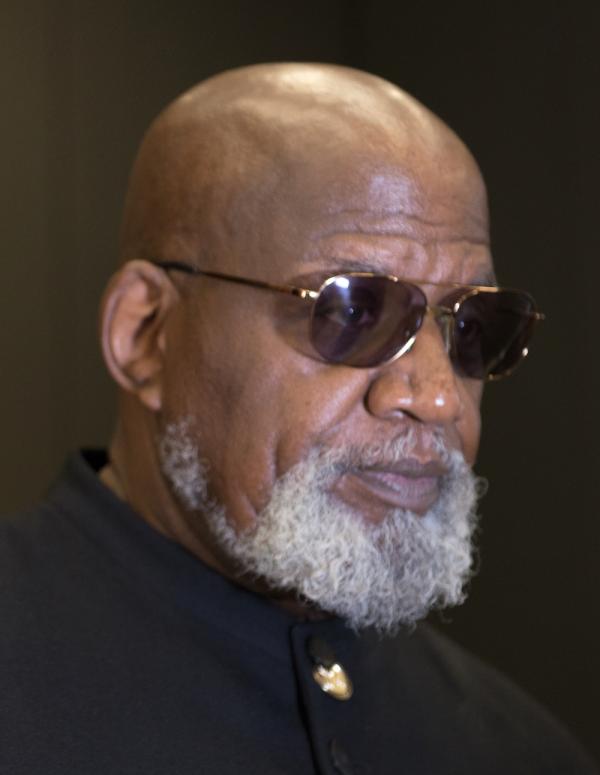 Assaults on Roe v. Wade constitute an existential threat—a threat to the continued existence—of women’s sports! Women’s sports advanced on two legs: the COMBINATION of Title IX in 1972 AND Roe v. Wade in 1973. The demise of EITHER would end Women’s sports participation, but most critically it is Roe that must be preserved. The pool of female athlete prospects AND active female athletes could be devastated! And since I first presented that analysis in 2016, more and more women athletes are waking up to that reality—and make no mistake, it’s time for MALE ATHLETES AND MALE SPORTS PROGRAMS to get behind this movement as well—more babies on campus is in nobody’s interest!
Harry Edwards is an American sociologist and civil rights activist. He completed his Ph.D. at Cornell University and is Professor Emeritus of Sociology at the University of California, Berkeley. Edwards’ career has focused on the experiences of African-American athletes.

My dear brother @CornelWest powerfully connects #AbortionRights to the fight against the FASCIST TRIAD of white supremacy, male supremacy & US empire.